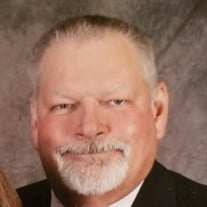 Terry A. McGhee, 71, of Lancaster, died Saturday, December 4, 2021, at his home. He was born June 18, 1950, in Lancaster, Ohio the son of Clark M. and Carol T. (Erickson) McGhee. Terry was a 1968 graduate of Fairfield Union High School and received his Bachelor's degree from Ohio University. He was a successful business owner and CEO of Westerman Companies for his entire career. He started there as a young boy and worked his way up learning every facet of the business. He took pride in giving back to his community in various ways, including his involvement with the Center for Disabilities, United Way, Lancaster-Fairfield County Chamber of Commerce and many Oil & Gas Associations. He also served on many boards and organizations in the community and attended Grace United Church of Christ. In his spare time, he enjoyed family vacations, watching The Ohio State Buckeyes, golfing, and Canada fishing trips. His five grandchildren were also a highlight in his life. Terry is survived by his wife, Christine M. (Helser) McGhee, whom he married July 21, 1973; daughters, Melissa J. (Michael R.) Eaton and Lindsay M. (Jesse A.) Stebleton; grandchildren, Alexis (fiancé, Brock Newman) Eaton, Derek Eaton, Levi, Colt and Stella Stebleton; sister, Sally J. (Stephen E.) Grimm; niece, Jennifer (Ian) Donaldson; and great-niece, Delaney Donaldson. He was preceded in death by his parents; grandparents, Everett and Hazel Ackers and Carl and Maude Erickson; and sisters, Susan K. and Sharon A. McGhee. Graveside services will take place Thursday, December 9th at 1 PM at Grandview Cemetery, Bremen with Pastor Steve Rauch officiating. Contributions may be made in Terry’s memory to Fairhope Hospice, 282 Sells Road, Lancaster, Ohio 43130. Online condolences at www.morganfuneralhomeohio.com.

The family of Terry A. McGhee created this Life Tributes page to make it easy to share your memories.

Send flowers to the McGhee family.