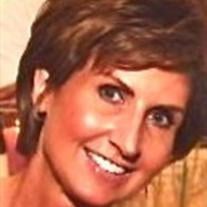 Denise Marie Diefenbach Matz, 51, Lancaster, Ohio. On August 2, 2011 Denise went to be with her Lord and Savior after a long, hard-fought battle with cancer; wherein she demonstrated tremendous faith, courage and strength that serves as an inspiration to all she came in contact. She was born February 7, 1960 in Middletown, Ohio the daughter of Jack and Sue Diefenbach. Denise was a 1978 graduate of Middletown High School and had been active member at the Middletown First United Methodist Church and P.R.O.M.I.S.E.S. – a missions organization to Japan. She moved from Middletown to the Lancaster area in 1999. She was an administrative assistant for 31 years and last worked at Lancaster Bingo for 11 years. She was an active member of Fairfield Christian Church. Denise enjoyed fitness, boating and spending time with her family. She is survived by her parents; her loving husband, Derk , whom she married May 26, 1998; sons, Christopher (Annie Marchetti) Noble and Matthew (Erin) Noble; step-sons, Drew (Lindsey Musser) Matz, Troy (Katie Morgan) Matz and Kyle (Sara Levin) Matz; her grandson and pride and joy, Carson Noble; sister, Janet (David) Lynch; Derk’s parents, Jim (Sandy) Matz and Karen (Bill) Anderson; sister-in-law, Vicky (Charles) Fitzgerald; special friend, Laura Gundler; several aunts, uncles and cousins. A Celebration of Life Service will be held Saturday, August 6, 2011 at 5 PM with one hour prior visitation at the Fairfield Christian Church, 1965 North Columbus Street, Lancaster with Pastor Tom Alexander officiating. In lieu of flowers, contributions may be made in Denise’s memory to Fairfield Christian Church or The Pickering House, ,FairHoPe Hospice, 282 Sells Road, Lancaster, Ohio 43130

Denise Marie Diefenbach Matz, 51, Lancaster, Ohio. On August 2, 2011 Denise went to be with her Lord and Savior after a long, hard-fought battle with cancer; wherein she demonstrated tremendous faith, courage and strength that serves as an... View Obituary & Service Information

The family of Denise Marie Matz created this Life Tributes page to make it easy to share your memories.

Send flowers to the Matz family.