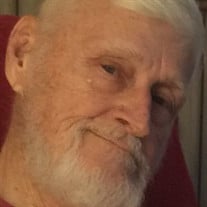 Clarence James “Tex” Galleher, 82, of Bremen, died Thursday, March 28, 2019 surrounded by his family at home. He was born April 10, 1936 in Marion, Ohio to LeRoy Lincoln and Rebecca Louise (Winn) Galleher. Clarence “Clem” was a 1954 graduate of Toronto High School and 1962 graduate of The Ohio State University. He was a veteran of the United States Air Force. He retired as a Captain from the Columbus Fire Department, Station 32 with 30 years of service. He was a member of Calvary United Methodist Church and Firefighters Union Local 67. Clarence is survived by his wife, Janice Lee (Peckens) Galleher, whom he married June 14, 1958; children, Jodie (Brad) Knight, Allyson Galleher, Wendy (Jeff) Barton, Joel (Marilyn Hatem) Galleher, Jill (Jesse Campbell) Roach, and Todd (Eddie Barnell) Galleher; 13 grandchildren; 9 great-grandchildren; and several nieces and nephews. He was preceded in death by his parents; brother, Gene Galleher; sisters, Naomi and Ramona; and half-brothers, Ralph, Wilbur and Harry. A time to visit with Clarence’s family will be Monday from 2 – 4 and 6 – 8 PM at the Morgan Funeral Home, 124 Fort Street, Bremen. Funeral services will be held Tuesday at 11 AM at Calvary United Methodist Church, 130 Purvis Ave., Bremen, Ohio 43107 with Rev. Paul Wymer officiating. Graveside services and Firefighter’s honors will follow at Grandview Cemetery, Bremen. Contributions may be made in Clarence’s memory to Calvary UMC or FairHoPe Hospice, 282 Sells Road, Lancaster, Ohio 43130 The family would like to extend a heartfelt thank you to all the dear family, friends and firefighters for the love and support received during this difficult time. They would also like to extend their gratitude to all the staff at Riverside Methodist Hospital and FairHoPe Hospice. Online condolences at www.morganfuneralhomeohio.com

The family of Clarence James Galleher created this Life Tributes page to make it easy to share your memories.

Send flowers to the Galleher family.